You are here: Home › About Douglas Wright 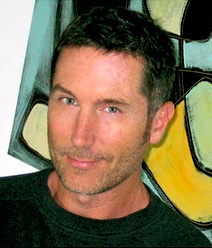 Nothing is seemingly impossible for Prop Art studio.

Art Directors, Set Decorators, Prop Masters, and other industry professionals rely on Doug and his Prop Art studio to consistently exceed expectations while delivering on time and within budget. With his background in production, having worked in virtually every art department capacity, Doug has a unique understanding of the needs and challenges of his clients.

Doug’s career started at Boston University when he added multidisciplinary studio art and design courses into his degree in Psychology. (I know, seems incongruous but wait for it…the psychology comes back.) After graduation, Doug bypassed a traditional career and decided to work in New York and Los Angeles on commercials, music videos and films. (Yes, his mother was concerned.)

After years working in production and other design fields, Doug began to create art pieces for production design colleagues and quickly set up Prop Art as a convenient one stop fabrication shop. Prop Art takes “script concepts and director’s dreams” and turns them into finished, camera ready pieces. With knowledge of multiples and stunt doubles, Doug understands how fabricated work needs to look and perform under the heat of the lights as well as the stresses of production.

Those years of psychology training were not wasted as it helps Doug create props and pieces that reveal a character’s arc. What kind of scrap book journal would an angst ridden gay teen help his sister dying of cancer make? How can a six year old girl’s crayon drawing portray both her love for her mother and the dawn of the American space race? Trying to make a few bucks on the Venice boardwalk, what would a homeless guy’s wire animal sculptures actually look like?

No project is too far for Prop Art to scale. Need a 4’ Eiffel Tower made of faux chocolate, a model of the Alamo in 3,000 toothpicks, The Liberty Bell fabricated in foam or a miniature sculpted bathroom sink for a dog to brush his teeth? Doug has made them and revels in the challenge of interpreting and creating whatever unusual thing the writers have dreamt up for any show.

If the script calls for an actress to wear crazy custom jewelry – is that props or wardrobe? How about a mascot head an actor is just supposed to hold, but ends up actually wearing in a scene dancing around the stadium? The Prop Art studio excels in the grey area between props and costumes.

Does your script call for a suit made of mirrors, clothing made of birdseed, a hat made of trash or footwear made of vines and leaves that a character actually eats on camera? Prop Art has either already made it or knows how to make it.

Doug Wright and his work have been profiled in the The New York Times, LA Weekly and on People Magazine’s “American Doers” web series.

Touring: Fitz and the Tantrums